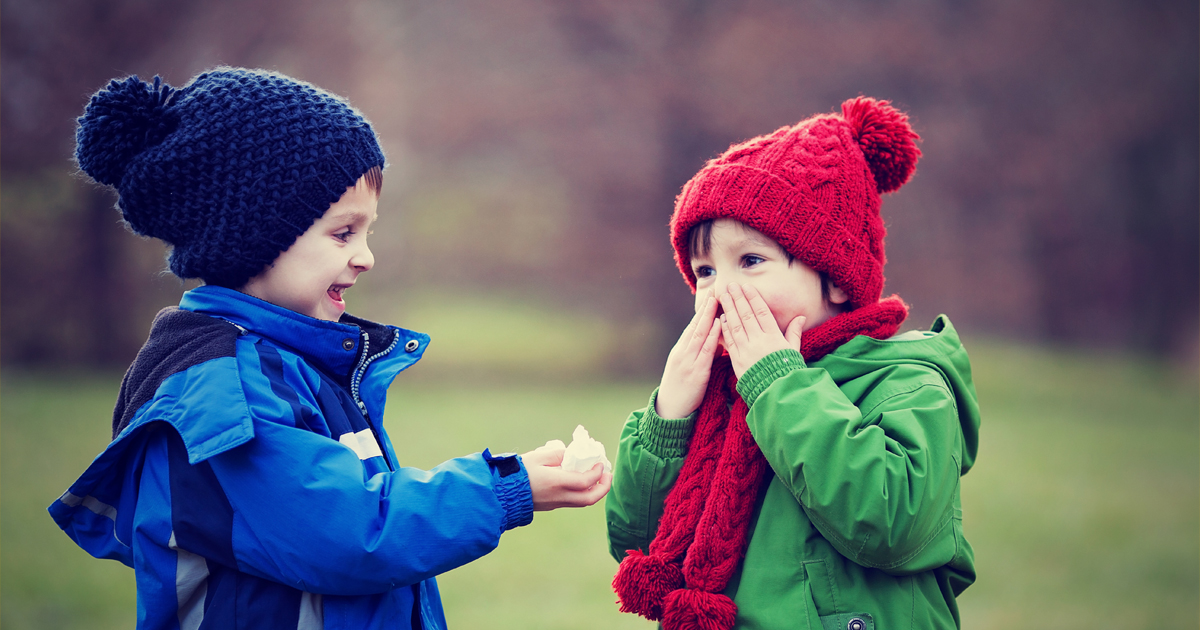 Q: My child started preschool this year, and it seems like he’s constantly sick. What do you think about over-the-counter remedies for kids with colds? Do any of them actually work? Or do we have no choice, but to wait it out?

A: There are few things in parenting cuter than a parade of preschoolers with little backpacks off to make new friends. But with that comes the parade of runny noses. I tell parents that within a week to 10 days after the first day of school or daycare, expect your tyke to have a drippy nose, cough, and sometimes fever.

Kids 6 and under have an average of six to eight colds per year, which usually happen between September and April. That’s about once a month. And symptoms from routine colds usually last 10 to 14 days, which means he’ll basically be congested off and on until about March! Usually kids handle the symptoms pretty well, and we have to trust their bodies to fight off these common viral infections.

The best way to feel better is to try and prevent colds in the first place. (Sounds easy, right?) Teach your little one to wash his hands after coughing or sneezing, before eating, after using the bathroom, and when you get home. Hand sanitizer doesn’t work quite as well for stomach viruses, but use it if that’s what you have. Teach your child early how to cough into his elbow. Sleep and good nutrition are musts to keep our bodies healthy, so get plenty of both. And don’t forget flu shots — they are the best protection we have against influenza, a specific virus that can make kids miserable and very sick.

Once your child gets sick with a common cold, you can help him feel more comfortable while his body fights off the virus. Start with trying to get the mucus out with nasal saline and suction (like a NoseFrida) — although if that’s turning into a wrestling match, don’t fight too hard. Steamy baths and a humidifier can help. Ibuprofen (for babies older than 6 months) and acetaminophen can treat fever and body aches. Make sure they are drinking, but don’t worry about their appetite — none of us want to eat much when we feel crummy.

Cough is usually the most bothersome symptom for everyone. Over-the-counter cough and cold preparations are not safe for kids under 6 and should not be used. Last year the FDA recommended against any cough medicine with codeine for kids as it can stop their breathing. A study a few years ago found honey was better than Robitussin at treating nighttime cough, and I regularly recommend it for children older than 1 year. Herbal tea or warm water with lemon and honey works well. Our grandmothers were right!

We may need to tweak these recommendations for specific viruses (like croup, which comes with a barky cough and noisy breathing called stridor), or if your child has other issues such as asthma. For fever lasting longer than three to four days, concerns about dehydration, any breathing difficulty, a cough lasting longer than four weeks, or if you’re just plain worried, call your pediatrician. And remember, antibiotics don’t kill viruses. But cuddles and soup boost our immune system, so I’ll prescribe those year-round.

Thank you for choosing Metropolitan Pediatrics as your child’s Medical Home! Our physicians and staff are pleased to have the opportunity to build a relationship with you, your child, and family.